Secretsales is a fashion orientated daily deals website. My role was to improve the website in every way possible. Specifically, I focused on the user interface and user experience. One of the reasons I was hired was because the site was in desperate need of a redesign.

Secretsales was growing at a fast rate and wanted a new brand to express this. They wanted it to be modern and exhibit more of an upper-market appearance. The idea of the diamond fit perfectly with the vision and embraced the elegance and simplicity that we want to extend to the redesign of the website.

I was involved in talking to the third-party team commissioned to design our new logo. Communication between myself and them was critical as the branding plays a crucial role in how we approach the redesign of the website.

Here's what Nish Kukadia, co-founder and CEO of SecretSales had to say about my work:

"Tom was the catalyst in changing the way we approached web-design, specifically moving to responsive-design a full 6 months before the movement emerged in the wider industry. He tackles challenges by future-proofing UX.

"I appreciate the standard he has set internally with delivering pages that work effectively.

"Tom is reliable, straight-forward and keen to understand the nuances of the business in order to develop relevant work. He doesn’t cut corners. I would and have recommended Tom because I know he delivers to a high standard." 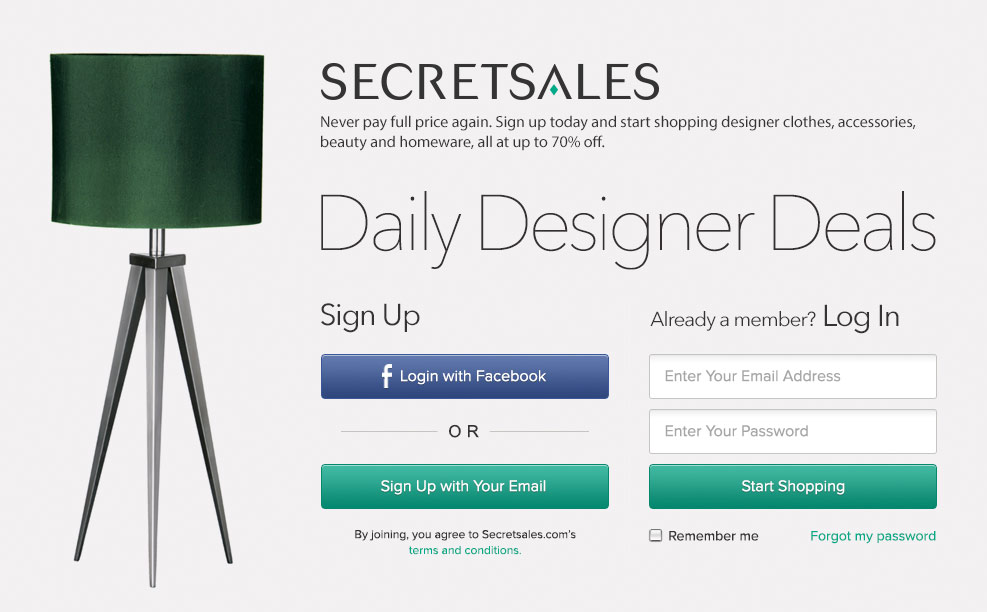 One of the first tasks I took charge of when I joined was to radically overhaul the registration process. We simplified the process of signing up and split it up into a multi-step process. The objective was to avoid overwhelming the user with form fields and it is now faster and easier to sign up and as a result, we have greatly increased the conversion rate on this page. 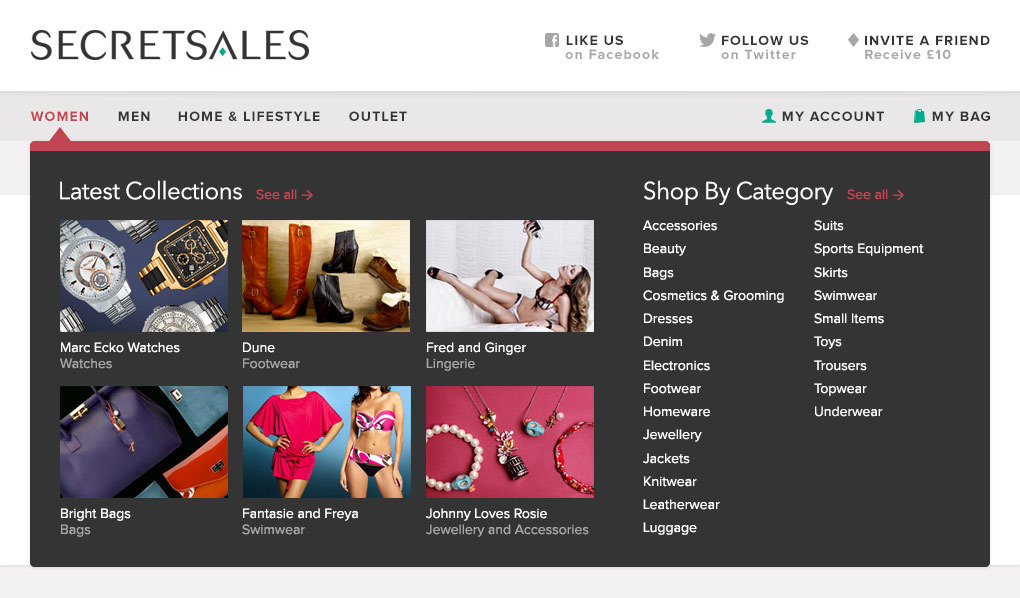 The current navigation doesn't have any visual element to make it easier for the user to use, hence why I created this more visually appealing design. 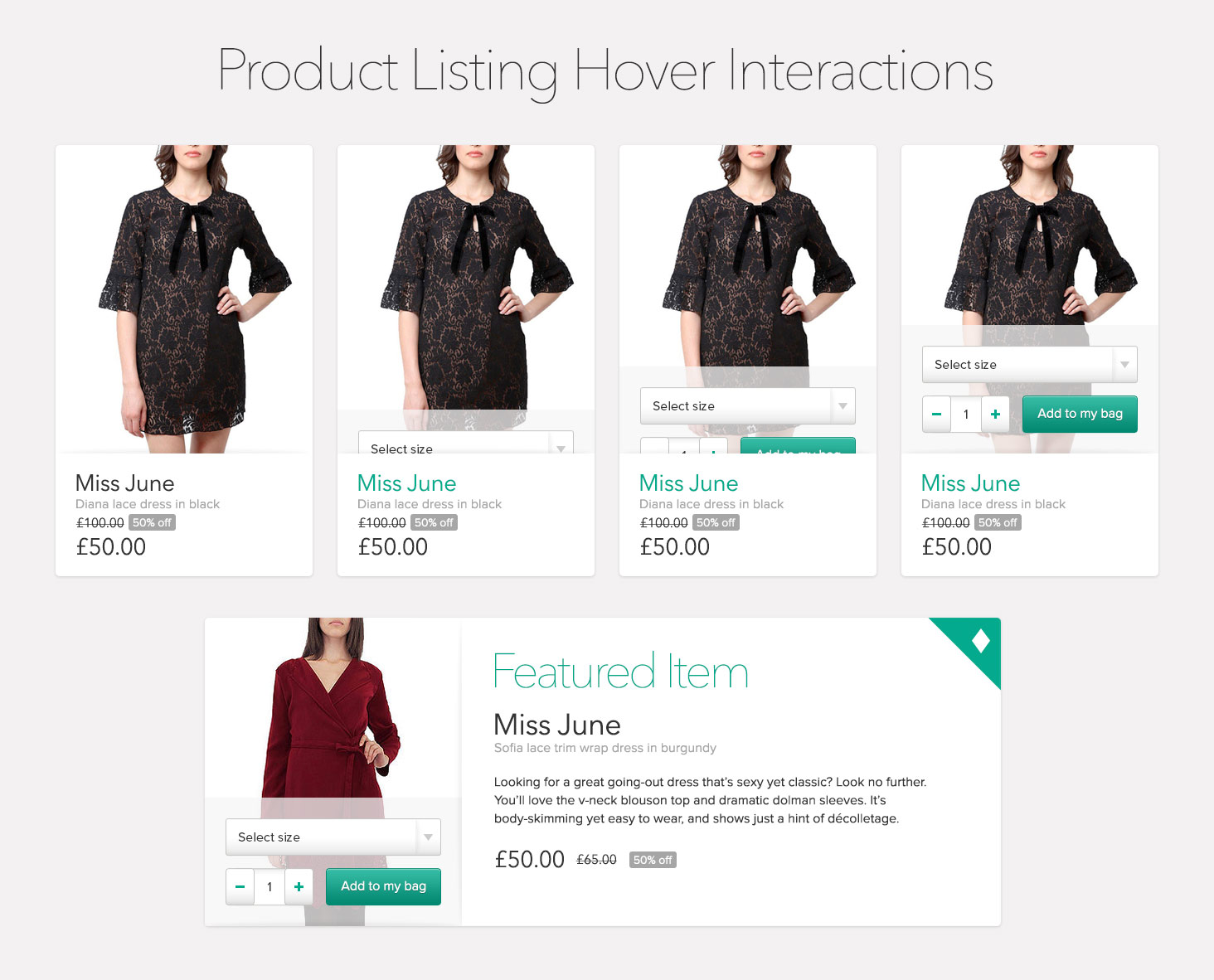 This was a work in progress but it shows how a listing item (I like to call it a card) works with interactions. I have designed them to be versatile so they can be used anywhere on the site, not just a product listing page.

Another work in progress showing a collection (a collection is a group of items we sell for a limited time) card hover interaction. I would also enhance this with CSS tranisitons. So, for example, the text would zoom in on top of the image, the image itself would zoom in slightly and the colour would transition to our emerald green.

Our goal is to create a slick and modern UI, so this is just one of the ways I am trying to achieve that. 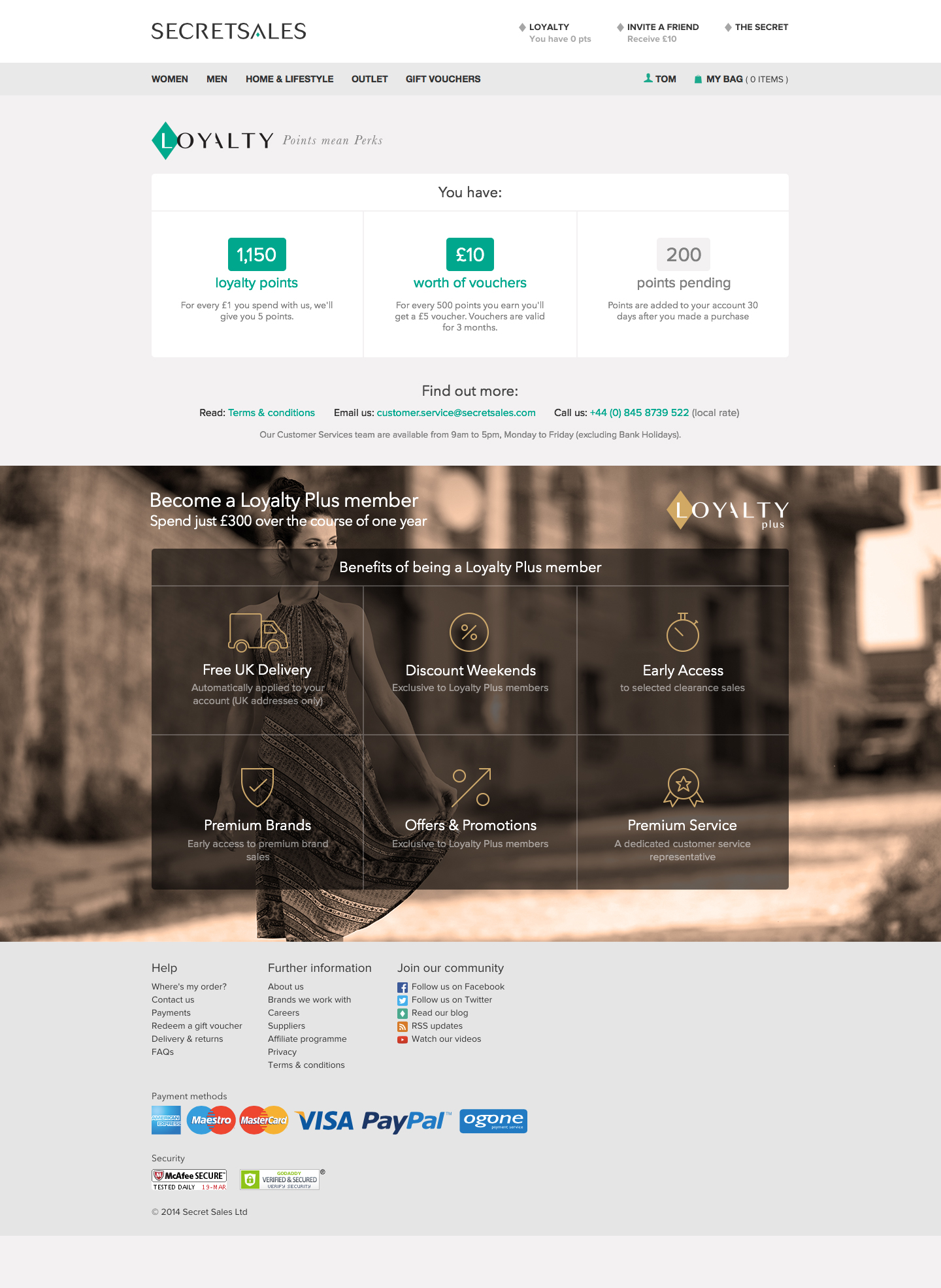 I completely redesigned the mobile experience for new visitors. Previously there was no mention of the benefits of joining SecretSales but now the number of people who have signed up has increased as a result of the new design. 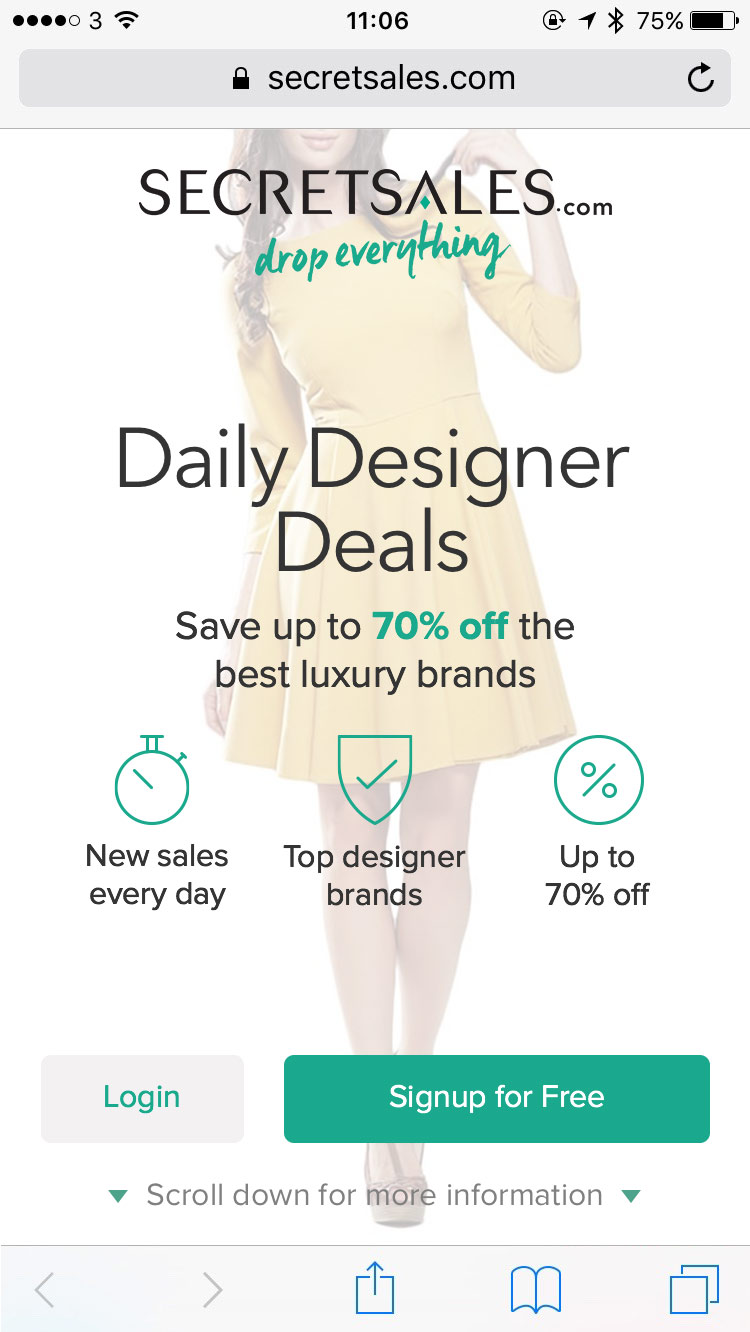