Inspect Element is a web design and development blog created by myself to share my experiences designing and developing for the web with anyone who comes across it. I had few goals in mind before creating Inspect Element:

As a designer, I believe it is important to have a project of your own to run and maintain in your spare time as it gives you the release you sometimes need to get away from client work. I'm not saying I don't enjoy client work, but it's good to be in control of something 100% (or as close as possible to) yourself.

I have also written an article for Smashing Magazine, titled Progress Trackers in Web Design: Examples and Best Practices. I coudn't find anything written online about progress trackers (for eCommerce) and I had experience of designing them during my time at TUI Travel, so I decided to share what I had learnt. 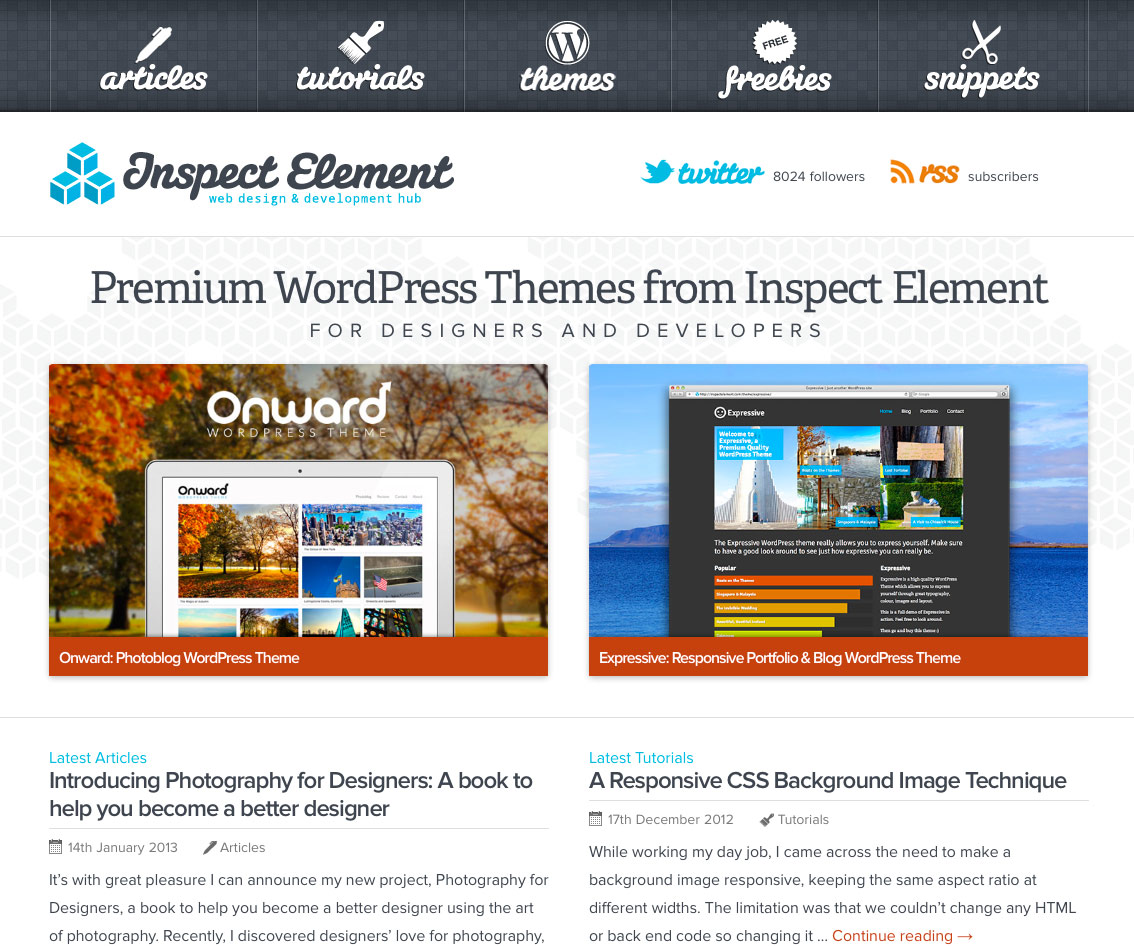 Inspect Element is one of my best examples of my reponsive design and development. 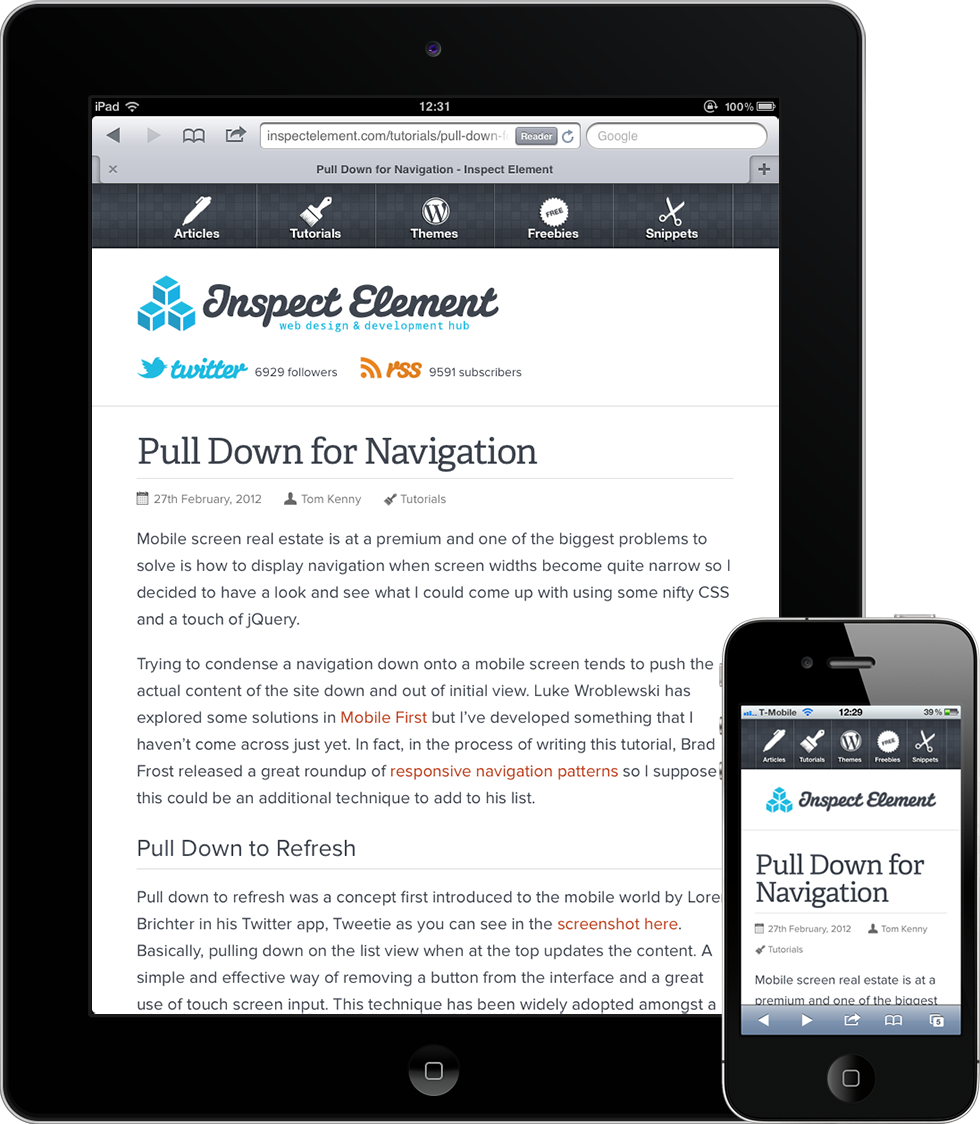